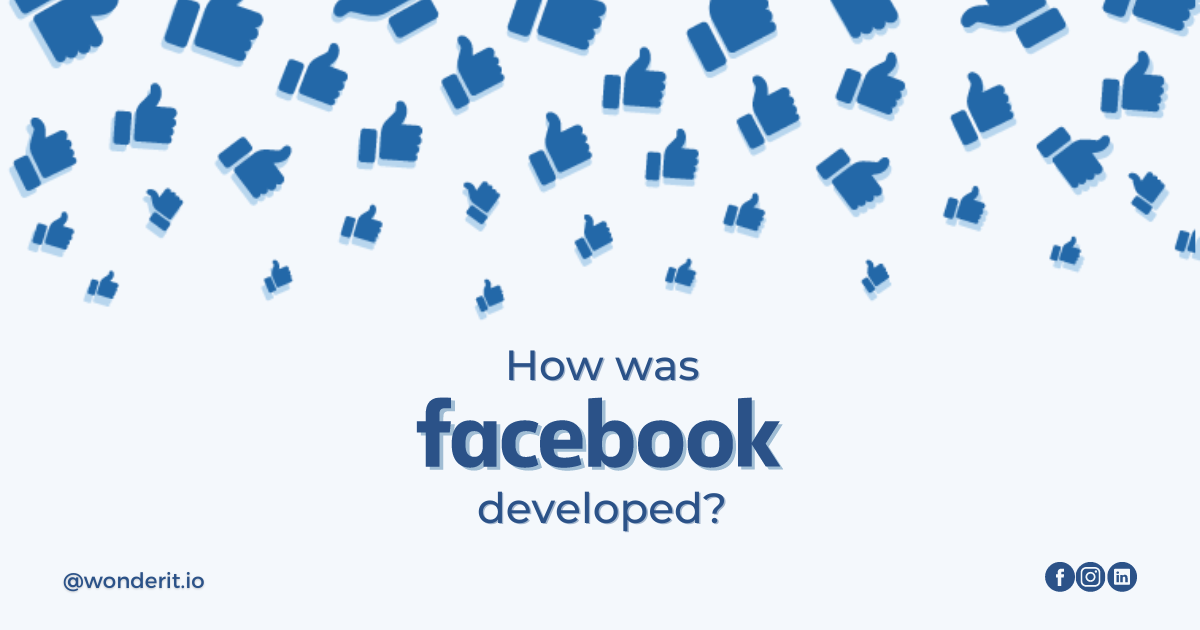 Facebook is one of the most popular social networking platforms today. But do you know how it was developed? In this blog post, we’ll take a look at the history of Facebook and how it became the giant that it is today. Stay tuned!

Facebook is one of the largest social media platforms in the world. It was founded in 2004 by Mark Zuckerberg and a group of classmates from Harvard University.

It originally started as a way for college students to connect with each other online. However, it quickly became popular beyond just college students and now has over 2 billion users worldwide.

The platform allows people to share updates, photos, and thoughts with their friends and family. It also has become a powerful tool for businesses and organizations to reach out to potential customers and supporters.

Whether you’re catching up with old friends or promoting your business, Facebook is a great way to stay connected with the people who matter most to you.

Facebook is one of the most popular social networking platforms on the internet. As of June 2019, it has 2.38 billion active users. That’s a huge audience!

The platform is used by literally everybody! It is popular with people of all ages, from young kids to adults in their 60s and beyond. In fact, it is so popular that it’s even used by small and medium-sized businesses and huge corporations as a way of promoting their products or services. So no matter who you are, there’s a good chance that the platform can be a useful tool for you.

The Software Behind the Platform

Facebook’s software is constantly evolving to keep up with the ever-changing landscape of the internet. The social media giant first rose to prominence in the mid-2000s, and since then, it has made a number of significant changes to its platform.

One of the most notable changes came in 2014 when the platform introduced a new algorithm that would prioritize content from friends and family over content from brands and publishers. This algorithm change was designed to encourage users to interact with each other more, and it had a major impact on the way that people used the platform

In the years since, Facebook has continued to make tweaks to its algorithm, as well as introduce new features such as live-streaming and instant messaging. As the platform continues to grow and evolve, its software will have to change along with it in order to keep up with the needs of its users.

Facebook uses a variety of programming languages, including PHP, C++, and Java. PHP is the primary language used for the platform’s web interface, while C++ is used for Facebook’s core infrastructure and Java is used for Android apps.

The platform also makes use of Python, Cassandra, Apache Thrift, and Hive. In addition to these languages,  it also uses a custom-built language called Hack. Facebook’s use of Hack is part of the company’s effort to make its code more maintainable and consistent.

Facebook has also developed a tool called Flow, which allows developers to gradually type-check their code as they write it. This helps to reduce errors and improve the quality of Facebook’s codebase.

Getting Familiar With Angular: Is It The Right Framework For Your Project?

Facebook’s Popularity Over the Years

Facebook’s popularity has grown tremendously since it was first created in 2004. With over 2 billion active users, it is now the largest social media platform in the world.

There are a number of reasons for the continued success.

Summing It All Up

It took around 2 weeks for Mark Zuckerberg to develop the first version of Facebook in 2004. Since then, the platform became one of the most popular ways for people to connect and stay in touch with each other. However, the platform is under constant changes, and a new version is being developed as we speak.

Getting Familiar With Angular: Is It the Right Framework for Your Project?

Angular vs Angular JS: The only 2022 Guide You’ll Ever Need