Angular vs Angular JS: The only 2022 Guide You’ll Ever Need • wonderIT 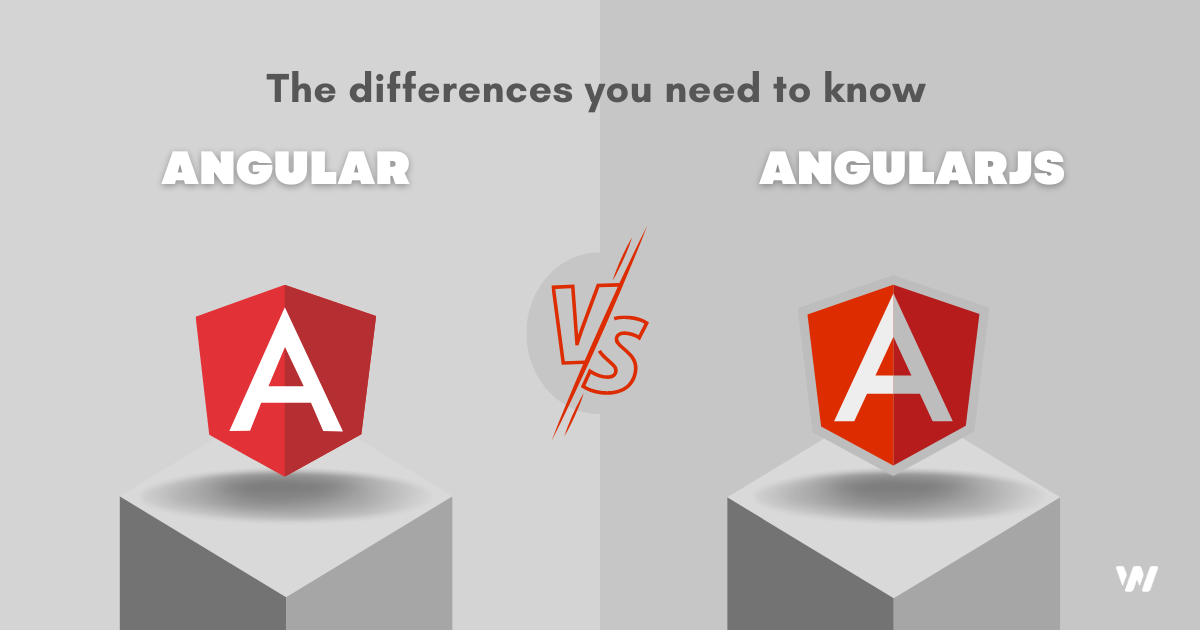 Angular JS is a JavaScript framework created by Google. It’s designed to make it easier for web developers to create dynamic and responsive user interfaces.

But is it better than Angular? Let’s take a look.

In the following, find out the main differences between Angular and Angular JS.

Angular and Angular JS: The Basics

Angular is a TypeScript framework for building web applications.

Developers can use it for various applications, from simple websites to complex enterprise-level applications. Angular is especially well-suited for Single Page Applications (SPAs), which load all of the necessary HTML, CSS, and JavaScript upfront and then dynamically update the page as the user interacts with the application.

This is a client-side framework, which means that it runs in the browser. Angular applications are made up of a set of components. Each component is a self-contained unit that has its view and logic.

Angular also provides services, which are singletons that developers can use to share data and functionality across the application. In addition to these core concepts, It also has several features that make it easier to build large-scale applications.

Angular JS is one of the most popular frameworks for building single-page apps.

Angular JS uses the Model-View-Controller (MVC) pattern to structure your code. In addition, the Angular JS framework provides a set of built-in directives that you can use to add functionality to your Angular JS apps.

The framework also provides a set of built-in services that can be used to perform everyday tasks such as making HTTP requests, parsing JSON, and setting up $watch expressions.

The Difference between Angular and Angular JS

TypeScript is a programming language that enables developers to build large-scale applications with ease. Angular is a TypeScript framework.

It was created by Microsoft and first appeared on the scene in 2012. TypeScript adds additional features that make it more powerful than JavaScript:

Finally, TypeScript compiles JavaScript, which means that it can run on any platform that supports JavaScript. As a result, TypeScript is a popular choice for development teams looking to build large-scale applications.

For example, you can use JavaScript to create menus, make forms more user-friendly, or display images based on user input.

While HTML and CSS are used to structure and style web pages, JavaScript provides the interactivity that makes web pages more dynamic. Even though it has the word “java” in its name, JavaScript is unrelated to the Java programming language.

Instead, JavaScript was created by Brendan Eich in 1995 while he was working for Netscape. Today, JavaScript is one of the most popular programming languages in the world, and it’s used by major companies like Google, Microsoft, and Facebook. If you’re interested in learning how to code, JavaScript is definitely a good language to start with.

Both Angular and Angular JS are great frameworks to work with if you’re an experienced developer. Having experience with both will be a great addition to your portfolio. Depending on your final goal, you can choose either one of them, and create the best websites and apps out there!