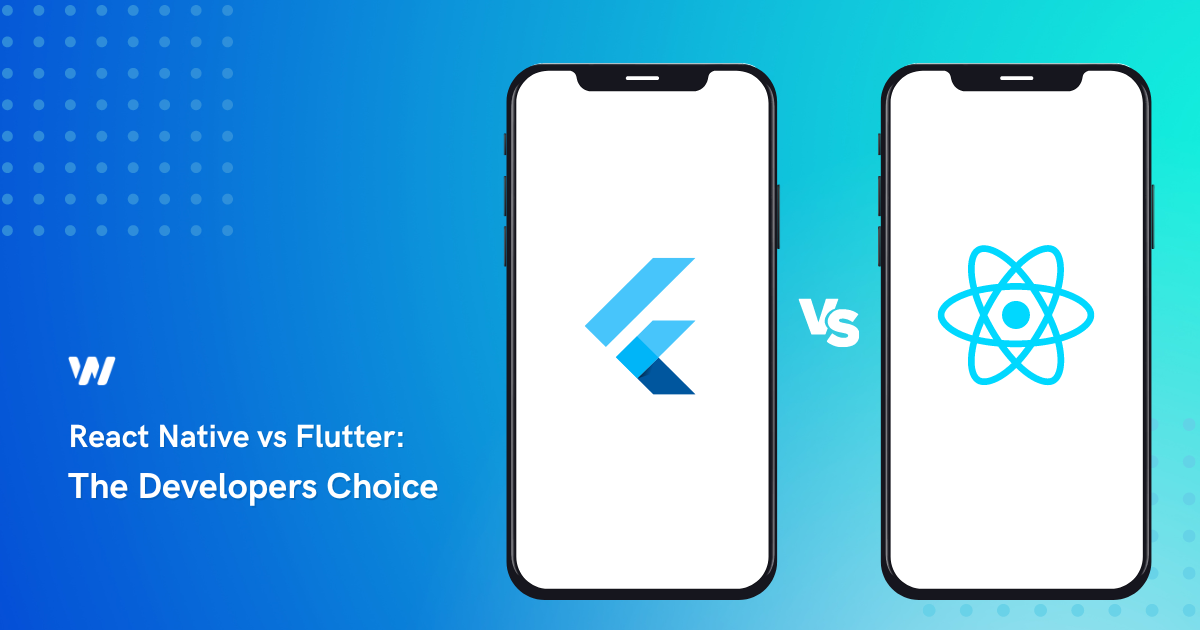 With the rise of cross-platform mobile development, there are two main approaches that have emerged: React Native and Flutter. Both approaches have their pros and cons, but which one is the best for developers?

React Native has been around for longer and is more popular, but Flutter is gaining traction quickly. So, what’s the difference between these two approaches? And, more importantly, which one should you choose for your next project? Carry on reading to find out!

With React Native, you don’t build a “mobile web app”, an “HTML5 app”, or a “hybrid app”. You build a real mobile app that’s indistinguishable from an app built using Objective-C or Java. React Native uses the same fundamental UI building blocks as regular iOS and Android apps. You just put those building blocks together using JavaScript and React.

React Native apps are truly native and don’t compromise your users’ experience. They’re faster and more reliable than hybrid apps and use less memory than native apps written in Objective-C or Java.

Best of all, because React Native uses the same underlying technologies as regular iOS and Android apps, you can be confident that your React Native app will work on all devices.

One of the biggest advantages of React Native is its performance. Because it uses native components rather than web components, apps built with React Native are typically faster and smoother than those built with other frameworks.

Another advantage of React Native is its flexibility. With this framework, developers can create truly native apps or they can choose to use existing web components. This makes it easy to develop apps that can be deployed on multiple platforms with little extra work.

However, there are also some disadvantages to using React Native. One of the biggest is that it can be difficult to debug apps built with this framework. This can be a serious problem for developers who are not experienced in JavaScript development.

Overall, React Native is a powerful and flexible framework that has a lot to offer developers. However, it is important to weigh the pros and cons of this framework before deciding if it is right for your project.

Get Familiar With Flutter

Flutter is a software development kit for building high-performance, high-fidelity apps for iOS and Android. Flutter works with existing code, is used by developers and organizations around the world, and is free and open source.

Flutter allows you to build beautiful native apps on iOS and Android from a single codebase. It is our mission to make Flutter development fast, easy and fun for everyone.

There are a number of advantages and disadvantages to using the Flutter framework for developing mobile apps.

On the plus side, Flutter provides a fast and reactive development environment that can help save time and effort when building an app. Additionally, Flutter’s widget toolkit gives developers access to a wide range of ready-to-use UI elements that can be customized to match the look and feel of the app.

However, there are also some drawbacks to using Flutter, such as the fact that it is still in beta and thus may be subject to change, and that it can be difficult to integrate with existing native codebases. Ultimately, whether or not Flutter is the right choice for a project will depend on the specific needs and goals of the app.

If you’re looking for a fast and reactive development environment, Flutter may be a good choice for your project. However, if you need to integrate with existing native codebases, you may want to consider other options.

There are a few key differences between React Native and Flutter that are worth mentioning. First, React Native uses JavaScript while Flutter uses Dart. This can be a pro or a con depending on your development experience and preferences. Second, React Native relies on third-party libraries for certain features whereas Flutter has most of the features built-in. This again can be seen as a pro or a con – it just depends on your development needs and preferences.

Read Also: Angular vs Angular JS: The Only 2022 Guide You’ll Ever Need

React Native is a great choice if you’re looking for cross-platform development that doesn’t sacrifice too much in terms of performance. It also has a large community and a wide range of libraries available, making it a good choice for more experienced developers. Flutter is a great choice if you want complete control over your user interface and don’t mind developing in Dart. It also offers good performance and has a growing community.

So, What Would a Developer Choose?

It really depends on your development needs and preferences. If you’re looking for cross-platform development with good performance and don’t mind using JavaScript, then React Native is a good choice. If you want complete control over your user interface and don’t mind learning Dart, then Flutter is a good choice. Whichever one you choose, you’ll be able to create great cross-platform applications.

Cyber Security Mistakes: Things to Look Out For

How Much Does It Cost to Build a Mobile App? 2022 Reports