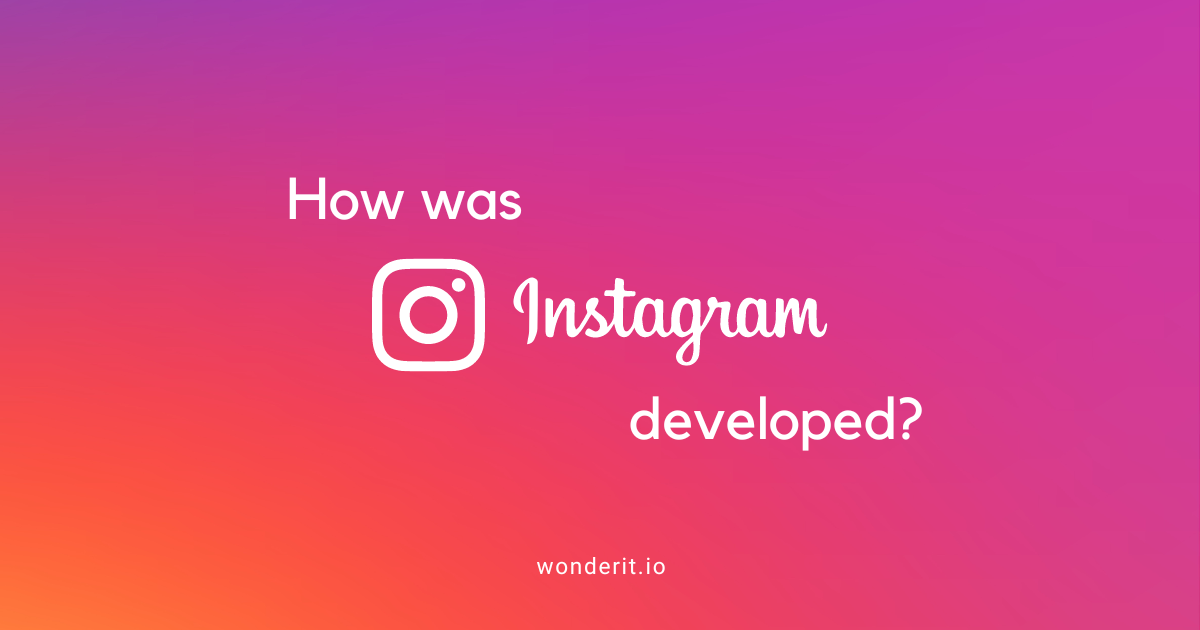 Instagram was first created in 2010 as a simple way for users to share photos with friends. But it soon became much more than that, with people using it to share all kinds of images and videos.

What’s the story behind its creation? How did it become so popular? Read on to find out!

Instagram is a photo and video-sharing social networking service owned by Facebook, Inc. It was created by Kevin Systrom and Mike Krieger and launched in October 2010 exclusively on iOS.

A version for Android devices was released a year and a half later, followed by a feature-limited website interface in November 2012, a Fire OS app in June 2014, and an app for Windows 10 Mobile in April 2016.

The app allows users to upload photos and videos to the service, which can be edited with various filters, and organized with tags and location information. Users can also browse other users’ content and tag users to follow them or view their content from their own account notification feed.

Instagram has been popular with celebrities as it allows them to share pictures with fans that were taken at events or during everyday life. Instagram Stories is a feature that allows users to share short videos or photos that disappear after 24 hours.

In February 2019, the app reached one billion monthly active users. Its success has been attributed to its appeal as an outlet for creative expression and its reliance on visual content, which has made it especially popular among younger internet users.

As of June 2018, the Instagram platform had more than 25 million business profiles registered. People find different ways of making money, selling their products online, or simply sharing some tips and tricks from their everyday lives.

Kevin Systrom and Mike Krieger built the app in just 8 weeks, but as they say it, it took over a year of planning and creating to develop the application. The first version was meant for iOS, but once they saw how much people liked the platform, they quickly came up with a version supported by both Android and iOS phones.

What once started as a platform to share pictures, quickly grew to a platform that allows users to share videos, and reels, film live, follow each other, create business accounts and more. In a short period of time, Instagram became one of the most popular platforms.

The backend server is written in Ruby on Rails. The Instagram website is built using the Django web framework, which is written in Python. Instagram uses Amazon S3 to store user photos and videos.

Instagram has been incredibly successful since its launch, with over 1 billion monthly active users as of June 2018. The service has been praised for its simple, intuitive interface, its wide range of features, and its ability to connect people from all over the world

However, it has also been criticized for its addictive nature, negative impact on mental health, and lack of privacy protection. To improve those disadvantages, the platform worked hard and managed to improve its policies. For instance, there is a list of banned hashtags, and shadowbanning for hate speech and spammy and abusive behaviour of users.

It’s been over a decade since Instagram was developed. Tons of things have changed and improved over time, including the app’s appearance. Are you one of the 1.2 billion users on Instagram? If you’re not already, consider becoming one, as the app only improves as time goes by.

Watch Video: From a Whiskey App to Photos: How Instagram Started

Know Your Code: HTML and CSS