Will Artificial Intelligence Take Over the Web Development Industry? - wonderIT 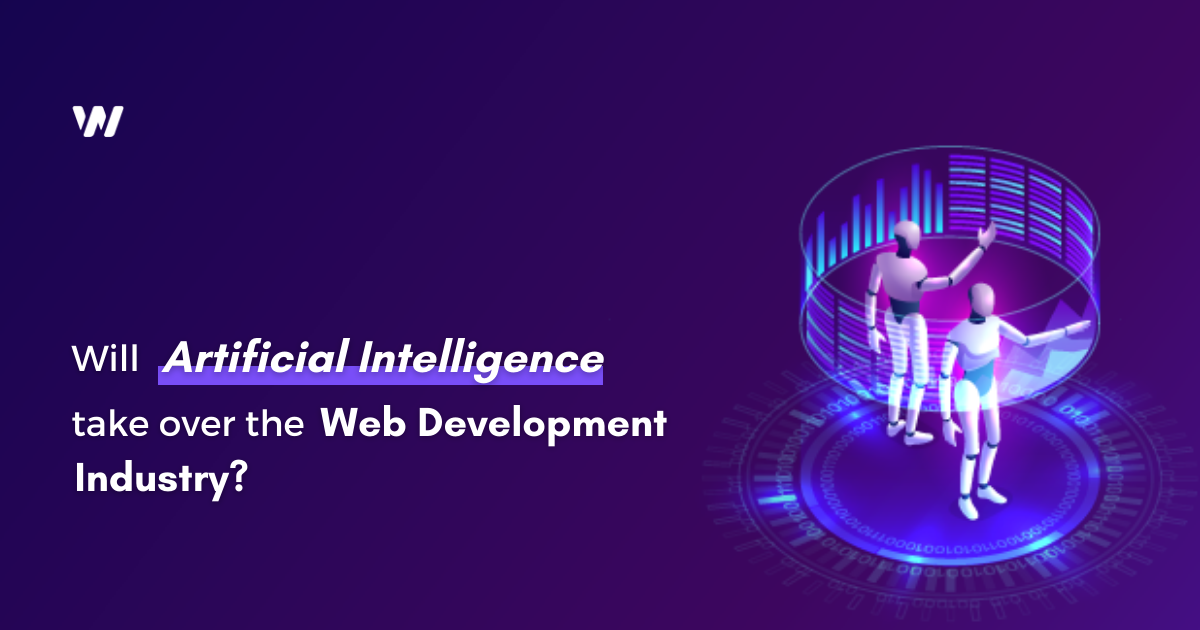 As the world progresses, artificial intelligence is becoming more and more advanced. Some people believe that eventually, AI will become so advanced that it will take over many industries, including web development.

Even though AI in the web development industry cannot function without human help at the moment, studies suggest that it’s evolving. The following article will go through the main reasons why that might happen and how AI is better than any web developer in the world.

There are many things that AI can do, and web developers can’t, at least not at that speed. here are several reasons why people and experts believe that AI will eventually replace humans in the web development industry:

AI Evolves Much Faster Than Humans

It Learns With the Speed of Light

One of the reasons why AI is so powerful is because it learns with the speed of light. It can take in a lot of information and learn from it very quickly. This means that it can keep up with the latest changes in the web development industry and learn new things much faster than humans.

Artificial Intelligence Is Not Affected by Emotions

Another advantage of AI over humans is that it is not affected by emotions. When humans are under a lot of stress, their performance suffers. However, AI systems can keep working at the same pace no matter what. This is because they don’t get tired, and they don’t feel emotions.

Another advantage of AI is that it can work 24 hours a day, 7 days a week. humans need to sleep and take breaks, but AI systems can keep working non-stop. This means that they can get more work done in a shorter period of time.

Read Also: How Much Does It Cost to Build A Mobile App? 2022 Reports

Another advantage of AI is that it is more accurate than humans. When humans make mistakes, they can cause a lot of problems. For example, a human might make a mistake when coding a website, which could lead to the website not working properly. However, AI systems are much less likely to make mistakes. This is because they can check their work for errors and fix them before they cause any problems.

It Can Process Large Amounts of Data Fast

Humans can only process a limited amount of information at any given time. However, AI systems can process a lot more information. This is because they can break down the data into smaller pieces and then analyze each piece individually.

Even though AI is becoming more and more advanced, there are still many things that it cannot do. For example, AI can not yet understand human emotion. This is important in web development because, a lot of the time, web developers need to communicate with their clients in order to understand what they want.

AI also can not yet create something from scratch. When it comes to web development, this is important because a lot of the time, web developers need to be able to create a website from scratch without any templates or pre-existing designs.

Many believe that as AI becomes more advanced, it will eventually become self-aware. Once AI is self-aware, it could decide that humans are no longer necessary and take over the world. While this may sound like something out of a science fiction movie, it is a real possibility that some experts believe could happen.

So, will artificial intelligence eventually take over the web development industry? It’s difficult to say for sure. However, it is definitely something that is worth paying attention to as AI continues to evolve.

How Much Does It Cost to Build a Mobile App? 2022 Reports

Get Started With Bootstrap: Developers 2022 Guide