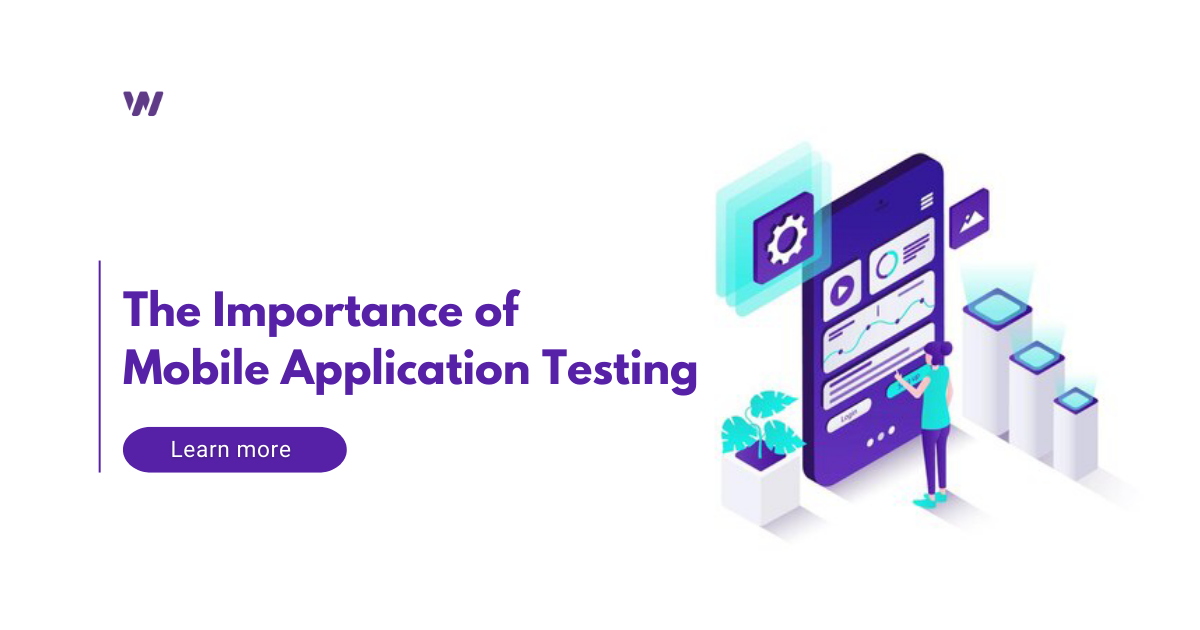 Mobile Application Testing refers to the process of validating a mobile app (Android or iOS) for its functionality and usability before it is formally published.

Teams must test apps across a range of screen resolutions, operating system iterations, and network bandwidths in order to conduct successful mobile application testing. When the app is made available to the general public, this helps to assure flawless performance across a variety of device setups.

At a high level, testing mobile applications includes the following:

Why Is Mobile Application Testing Critical?

If mobile applications are not thoroughly tested, there is a great likelihood that users could run into serious issues on their device, that may lead to a bad user experience, especially for new users.

Keep in mind that each mobile app’s success depends largely on its first impression.

The ultimate goal of developing mobile apps is to increase business outreach to more users across the globe. However, if the software is broken or challenging to use, people are unlikely to use it. Naturally, no company wants their clients to uninstall their apps and use a rival.

Here are some important figures that demonstrate the importance of mobile application testing:

Although there are various sorts of software problems, Boeing’s clumsy software errors are difficult to overlook. Boeing’s disastrous software not only killed 346 people but also destroyed the 737 max aircraft.

It’s CST-100 Starlinerspaceship was a success, NASA decided to look into the company’s software because of several technical code problems.

2. Software Fault Was a Cause of Airbus a400M Plane Crash

In May 2015, Airbus got scared when he reported a software bug in its A400M aircraft. The company immediately took action to fix the issue, which was a fatal crash that happened in Spain.

Four members of the air force were killed in this incident, and two people had already been hurt during a test flight in Seville before this operation. These cases are examples of why technology testing has an important role today.

How Does App Testing Benefit Your Business?

End users in the real world can download and utilize the app on any of the more than 9000 different mobile devices. It goes without saying that the program must be sufficiently customized for that specific device in order to function properly.

Mobile device usage has surged as a result of smartphones’ ongoing growth. Global mobile user numbers are anticipated to reach 7.5 billion by 2026. When compared to the 3.6 billion smartphone users in 2016, that is a twofold increase.

In fact, since it considers diverse viewpoints, mass involvement in mobile app assessments is highly advantageous. Product managers will be in a better position to provide non-technical insights than QA managers. Having people from various jobs weigh in on the app’s functioning will help it become a more well-rounded product likely to appeal to more customers because a good app needs to be much more than just technically effective.

How Do I Select the Right Devices for Mobile Application Testing?

Simply said, research. Analyze your app’s target market before you do anything else. Learn as much as you can about the consumers’ general preferences, preferred devices, operating systems, and geographic locations. As a result, QAs will be able to optimize their processes and better cater the app to the requirements and expectations of customers.

Business and marketing departments typically make the choice of which devices to test on (or the client). Goals defined by these teams help focus the product/testing team’s efforts in areas that will be most rewarding with the least effort.

If you are not a coder and are wondering how to do mobile app testing, WonderIT is the answer. You don’t have to know coding to make use of interactive cross-device testing tools.

Cool Things That Can Be Built With JavaScript

The Importance Of Having A Website For Your Business