Guide to SSL: What Is It and How Does It Make Your Website Secure? - wonderIT 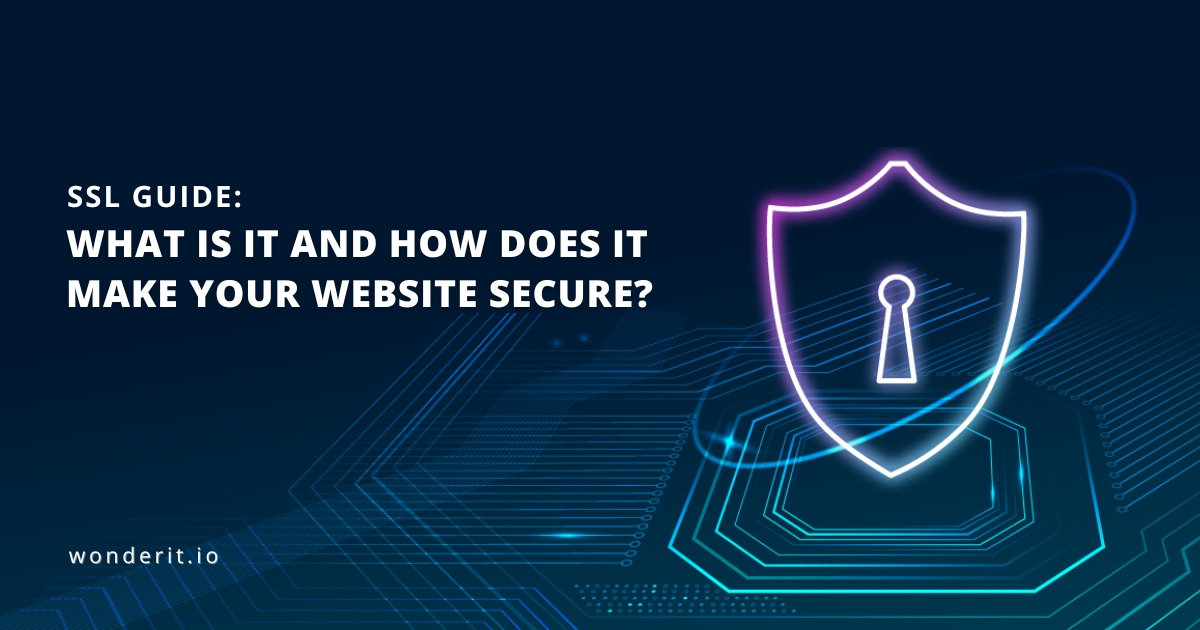 Did you know that some URLs begin with http://, and others with https://??

Perhaps you noticed the extra “s” while browsing websites that ask for sensitive information.

What does that extra “s” mean and where did it come from?

Simply put, the extra “s”, means that your connection to that site is secure and encrypted. Any data you input is also shared with that website. is the technology behind that little “s”, which stands for “Secure Sockets Layer”.

When you visit any website you trust with your personal information, https:// is a must. As a marketer, you’d want your website to have that extra letter to it as well.

Let’s discuss why SSL is so important.

Secure Socket Layer (SSL) is a cryptographic protocol that provides communications security over the Internet. It is one of the protocols used in the browser to provide authentication, encryption, and data integrity.

let us explain what SSL certificates stand for.

A secure socket layer  certificate is a type of digital certificate that establishes an encrypted link between a web server and a browser. The certificate assures the browser that the server is who it claims to be by encrypting communications and authenticating the server’s identity. With SSL, sensitive information such as credit card numbers, social security numbers, and passwords are encrypted in transit over public networks like the Internet.

Read Also: Presenting SaaS: What Is Software As A Service?

So, How Can You Get One for Your Website?

A web server must have a secure socket layer certificate in order to be accessed via SSL.

With the use of SSL, you are protected from eavesdropping, tampering and message forgery. The terms “Secure Sockets Layer” or “SSL” are commonly used interchangeably with the term “https”.

Though they are technically separate, it is commonly accepted that “SSL” refers to the use of Secure Sockets Layer and “https” would refer to the use of HyperText Transfer Protocol over SSL. The terms are used interchangeably in this article.

An SSL certificate may be obtained from various certificate authorities including Thawte or Geotrust.

Is SSL Good for SEO?

The answer is yes. Even though the primary purpose of SSL is to secure information between your website and its visitors, there are also some SEO benefits. According to Google’s Webmaster Trends Analysts, it is a part of Google’s search ranking algorithm.

Also, let’s say that two websites provide similar content, but one of them has Secure Socket Layer enabled, and the other one doesn’t. The first website will receive a higher rank just because it’s encrypted.

Secure Socket is a protocol that ensures that your website is encrypted and secure. Your site will be protected from hackers, as well as any other threats that may come its way. The only downside to this is that it can slow down your website.

If you are unsure about whether or not you should have Secure Socket, it’s important to do some research into how much of an effect it has on your site’s loading time and what other benefits you get in return for the slowdown in speed.

Presenting SaaS: What is Software as a Service?